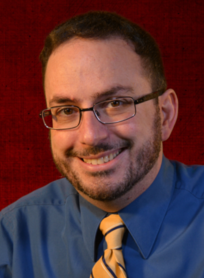 Mike Stillman fulfilled a lifelong dream when he published his first novel, Proxy Wars: The Business of War. While future installments of the Proxy Wars series are planned, Mike is currently focusing on a non-fiction series of books called The Critical Shift. A teacher by trade, Mike is putting his 20-plus years of classroom experience to use by focusing the first installment of his new series on issues faced by educators. He is also using his knowledge and experience to help his students become published authors themselves through an ongoing writing project at his school. Mike has developed and presented various curricula and training programs on topics including criminal justice, lesson planning, gangs, and active shooters.

Mike is humbled to have been recognized by various organizations over the course of his career. He was the recipient of the ACQES award given by the Judiciary of the State of New Jersey, Administrative Office of the Courts. The New Jersey School Boards Association presented him with the School Leader Award for a junior police program he created in conjunction with the local police department. That same program was featured in NJ COPS​ magazine and on an episode of Classroom Close-up NJ, a television show sponsored by the New Jersey Education Association. He was honored as part of the Governor’s Teacher Recognition Award program and earned the Free Order of Masons Distinguished Teacher of the Year award from Euclid Lodge #136.

Outside of the classroom, Mike has a diverse background that has greatly influenced his writing. He was an instructor and consultant for the New Jersey Regional Community Policing Institute, which taught police departments how to implement community oriented policing practices in their communities. He also works with a local private investigations firm.  He has worked on major motion pictures and independent films. One of the productions he worked on, Marilyn Monroe Was Here, was named as a selection in the New York Film & Video Festival. A second production, Linger, was screened at the Big Apple Film Festival, while the pilot episode of Bloodhounds was a finalist in the drama category of the 2006 New York Television Festival.